It all started when Ray Benson, Floyd Domino, and Lucky Oceans, along with a Vermont farm boy named Leroy Preston; Virginian Chris O'Connell; and Gene Dobkin, a bass player and fellow classmate of Benson's from Antioch College in Yellow Springs, Ohio, joined forces. They began with a simple goal: to play and help revive American roots music.

Asleep at the Wheel landed a gig opening for Alice Cooper and Hot Tuna in Washington, DC in 1970. At the height of Vietnam, many Americans were using their choice of music to express their stance on the conflict in southeast Asia. "We wanted to break that mold," said Benson. "We were concerned more with this amazing roots music, which we felt was being lost amid the politics. We were too country for the rock folks and we were too long-haired for the country folks. But everybody got over it once the music started playing."

A year later, they were coaxed into moving to California by Commander Cody, leader of Commander Cody & His Lost Planet Airmen. But, the band’s big break came when Van Morrison mentioned them in an interview with Rolling Stone "there's some relatively unknown group around that I really dig. Asleep at the Wheel, they play great country music." Van Morrison Rolling Stone Interview (1973). The record offers started coming in and The Wheel got rolling.

The musicianship of Asleep at the Wheel has become the stuff of legends. Reuter’s pegged The Wheel as "one of the best live acts in the business." Taking a page from Bob Wills’ book, the band has constantly toured at a national level throughout its history; with anywhere from 7-15 of the finest players Ray Benson could talk into jumping in the bus to play a string of dates. The alumni roster is well over 80+ members, and includes an impressive list of musicians who have gone on to perform with artists such as Bob Dylan, George Strait, Van Morrison, Lyle Lovett, Ryan Adams, and many more. A quick scan of awards, such as "Touring Band of the Year" (CMAs, 1976) and "Lifetime Achievement in Performance" (Americana Music Awards 2009), not to mention near dominance of the GRAMMY "Country Instrumental" category over the years, reflects the reputation of the band’s musicianship. Ray Benson fell in love with western swing because of its unique combination of elements of American blues, swing and traditional fiddling but also for its demanding musical chops. Western swing is what Benson calls "jazz with a cowboy hat," is a thrill to hear live, and thanks in large part to the Wheel’s 40+ years of promotion, is a living and creative genre of music today.

"Everything this act has ever released is simply spectacular."

Over their history, Asleep at The Wheel has garnered ten GRAMMY Awards and released more than 25 studio and live albums, and there is no sign of slowing down any time soon.

2015 Marked a big year, with many new faces and a brand new record. 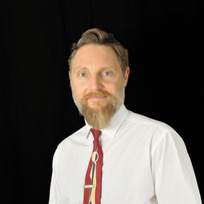 Where were you Born?
Philadelphia Pennsylvania

What does it mean to you for AATW to still be playing after all these years?

It means everything. This is what I’ve wanted to do since I was young. For AATW to have been able to play music around the world since 1970 has been amazing. I’ve been very lucky to have so many amazing musicians and bandmates thru the years, It’s made all the tough times worth it and I’m extremely excited to see what the future has in store for AATW!

What are your Hobbies?
I love to cook as much as possible. I have a garden, which makes it fun to cook what you’ve grown yourself! I also enjoy playing golf.

Do you have any nicknames?
Bismeaux, Brown Shoes, Razor, Roy

What other Instruments do you Play?
Bass, Tuba and a little piano

Where were you born?
I was born in Ft Worth, Texas, where I grew up listening to Bob Wills, the Lightcrust Doughboys, Asleep at the Wheel, and I learned to dance at Big Balls in Cowtown, where those original swing kings played-though I missed them in person by a few decades!

What bands have you played with?
Before I joined the Wheel, I moved to Austin and I sat in with as many people as I could. I was a regular member of a swing band called The Jitterbug Vipers, then a hot jazz band called Continental Graffiti, and right before I joined AATW, I was in a band with some of my closest friends, playing a combination of swing and original tunes, called Ghosts Along the Brazos. A little over a year ago we recruited the piano player for the Ghosts, Connor Forsyth, and our new bass player, Josh Hoag, played with me in Continental Graffiti! Ive also known Dennis Ludiker since we were kids. It's so great to have known these guys for a long time, and to join forces on stage every night-I'm not sure we could have more fun!

What are your hobbies?
I have a few hobbies outside music. My husband and I live in a unique part of the Texas hill country, and he is a photographer by trade, so I'm always borrowing his camera to take photos of wildlife. I also collect animal bones I find laying around, and turn them into art! I also love to dance, but I find myself on stage more than the dance floor these days :)

Dogs or cats?
I am both a dog and a cat person. Horses and chickens too. However, at the moment, we have two cats! I've had George for 10 years, and he has yet to stay in the room when I get my fiddle out! Melvin is 3, and he tolerates it, but only out of love and with the hope that he will be fed.

What inspires you?
Such a great question. As far as inspiration for music, it can be just about anything, especially as far as lyric writing, but I think my greatest inspiration is nature. It can get hectic on the road in a bus full of 12 people. When we get to a town, I often find a tree near where we are staying, and I will take my fiddle out and play, or just let the wind play the strings. Sometimes I play for the ants, or a squirrel. Sometimes I just listen. Music is so transcendent and nature is so noisy-be it the birds, the wind, small bugs.... it all inspires me to take part, and is a reminder that time is constant, and that we are all in this together.

Where were you Born?
Coronado, California

What Year did you join AATW?
I joined AATW in 1986. since that time I have accumulated more Western Swing war stories than you can shake a drumstick at.

What are your Hobbies?
When not on the road with the band I enjoy gardening, puttering around the house and teaching my two kids how to swear in foreign languages.

Any other Musical Activities going on?
Along with my wife, ex-Wheel singer/guitarist Elizabeth McQueen, I produce a weekly podcast that features Elizabeth interviewing musicians about songs that have transformed them in some way (http://kutx.org/category/this-song). Sometimes I’ll produce music by other folks for their projects or for my own label (www.lazysob.com).

What’s it like being the longest AATW member (other than Ray)?
I’ve had some terrific Wheel experiences spanning my very first days in the band, when Chris O’Connell was still singing with us, all the way through to the current line-up. I’ve visited every state numerous times, probably twenty different countries and have enjoyed almost every minute of it. At the very least I got some great stories along the way. Corner me at the autograph booth sometime and i’ll tell you some.

Where were you Born?
Spokane, Washington

Any Special AATW stories you’d like to share?
I saw my first AATW show when I was 3 years old. Pretty crazy that now im in the band!

What other Instruments do you play?
Guitar, Bass, Tenor Banjo, Keys

Digital or Vinyl?
Digital for portability, Vinyl for listening

Where were you born?
Ohio

What are your hobbies?
I enjoy spending time with my wife and dogs, as well as reading books and collecting vinyl. Also hosting Austin Bass Hangs!

Where were you Born?
Scottsdale, AZ

Any special AATW stories you’d like to share?
One time we played with Willie Nelson and maybe sampled some of his new Product on the bus.

What are your Hobbies?
Woodworking, fishing, golf, painting, cooking

What is your Nickname?
Corndog, Connie, Cornelius, ask Jay

Do you like recording or playing live better?
Playing live by a hair. Only because you can feel the reaction to the music instantly.

Who Inspires You?
Oscar Peterson, Jimmy Smith, Erroll Garner, Corey Henry, Dr. John, Henry Butler, and on down the line